NHF will forever honor Val’s legacy and all that he accomplished for the inheritable blood disorders community in the United States and internationally.  Most remarkably, Val was a uniquely skilled community builder, building bridges, coalitions and cultivating champions for our community.  Prior to his tenure as CEO of NHF, Val served as Chairman of The Board of Directors of NHF from Jan 1992 - Jan 1994. He also served in multiple capacities on the global stage working closely with the World Federation of Hemophilia, including advancing the International Twinning Program. 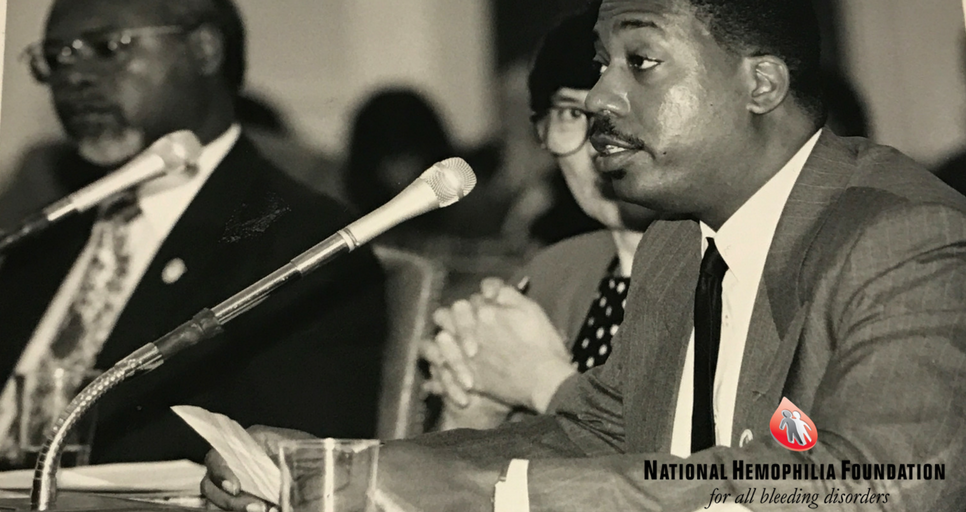 Val transformed the NHF chapter network unifying and strengthening our voice and impact from the statehouse to the halls of Congress.  His many notable contributions included establishing the first NHF Washington Days and championing the National AIDS Memorial’s Hemophilia Circle.  As CEO he led NHF into a new era of growth and service, he stabilized NHF funding and built programs to serve those who had been left behind. His lifelong commitment to families and youth was no more evident than through his commitment as a summer camp counselor and innovative summer camp programming in his service as Camp Founder and Staff Director of Camp Hemotion: Camp for Children with Bleeding Disorders.  He began his career with NHF in Washington championing the passage and funding of the Rick Ray Act and working to transform the regulatory framework to ensure the tragedy of HIV/AIDS would not repeat.  His impact and the effect of his forceful advocacy will long be felt, from the halls of power at the U.S. Capitol Building, to the arts and crafts room at local summer camps. “The reason NHF and the inheritable blood disorders community has come so far is because of what Val was able to accomplish,” said NHF President and CEO Len Valentino. “I had the honor to walk alongside Val both professionally and personally and can say with certainty that what he has done throughout his life inspired change. His legacy will live on forever, and he will be greatly missed.”

Mother of Ryan White, Jeanne-White Ginder said in tribute “I am most grateful to Val for including me in the hemophilia community and widening the circle to make sure everyone’s voice was heard.  He made sure our losses were not forgotten, especially through his efforts to include the hemophilia community in the National AIDS Memorial Grove.  Val knew the hemophilia community because he lived hemophilia alongside all of us.  In spite of his own health battles and personal losses, he carried on with courage and strength that inspired us all, making him not only an accomplished leader but a role model that will never be forgotten.”

NHF and the community are heartbroken over this sudden loss. Val served as NHF’s CEO for over a decade and carved the path for the organization's continued growth and sustainability.  NHF extends sincere condolences to Val’s beloved son Langston, his loving wife of twenty years, Robin, and his entire family.

NHF looks to respect the Bias family’s privacy at this time and will provide further information to the community at an appropriate time.  All condolences and communications may be sent to communications@hemophilia.org.